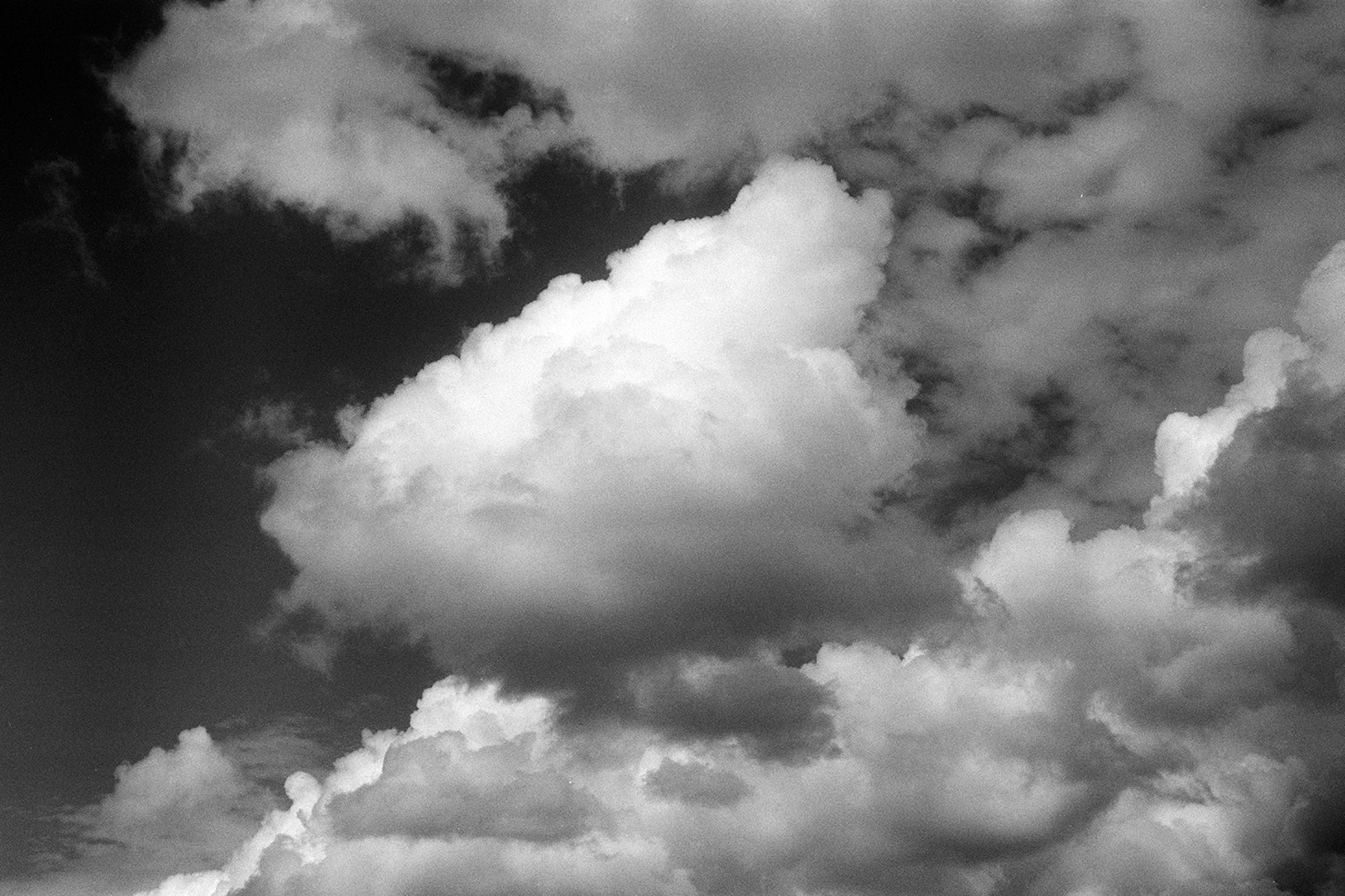 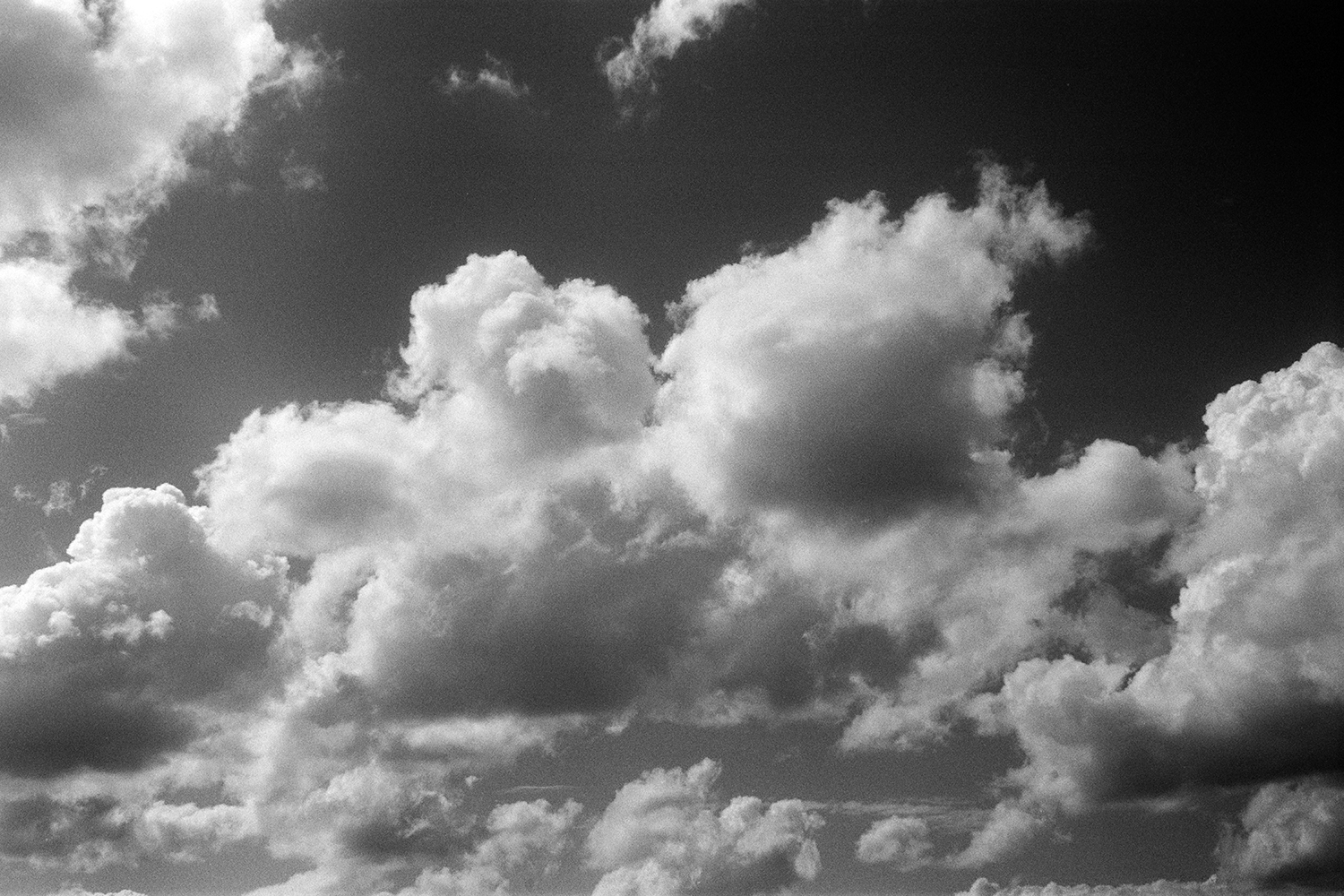 These cloud diptychs were inspired by John Constable’s famous studies made in Hampstead between 1821 and 1822. This series was made two-hundred years later from skies above land nestled on the edge of the Mendip Hills, at the largest greenfield music and performing arts festival in the world.

Unlike Constable whose intensely methodical examination of the heavens was referred to as ‘skying’, my intention was to show photographs without any notes about the date, time, location, viewing direction, wind direction or cloud appearance. His sketches were never intended to be looked at as artistic works in their own right, as for him they served an empirical purpose.

As clouds are the epitome of transformation, Constable’s smaller sketches were crisply detailed due to their speed of execution. This is the rationale for instantly setting these cloudscapes into silver using a rangefinder 35mm camera. Photography is a powerful means of freezing transient moments that would otherwise be consigned to forgetting, it is fitting that this would represent the experience of a festival’s temporary presence on top of the land. 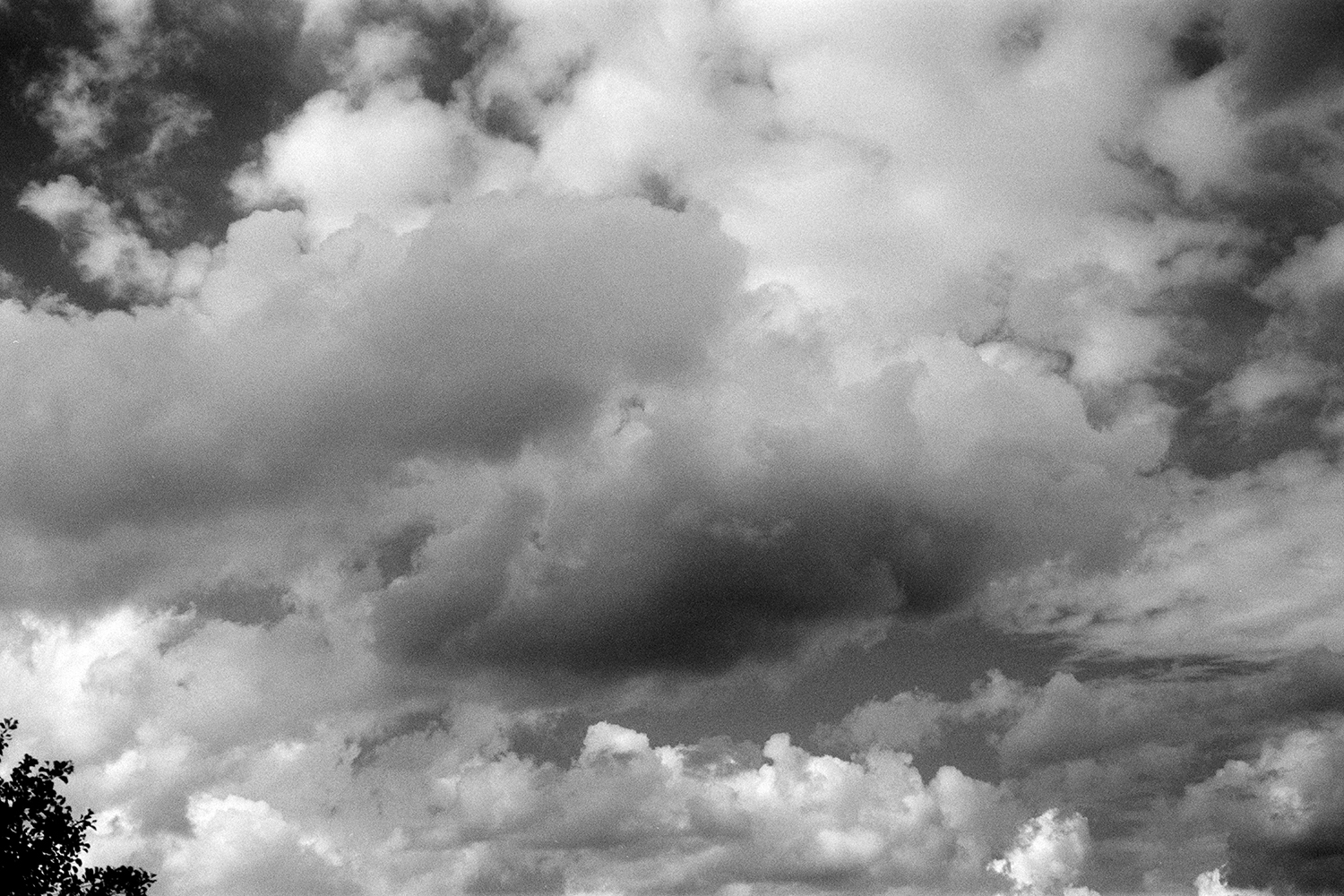 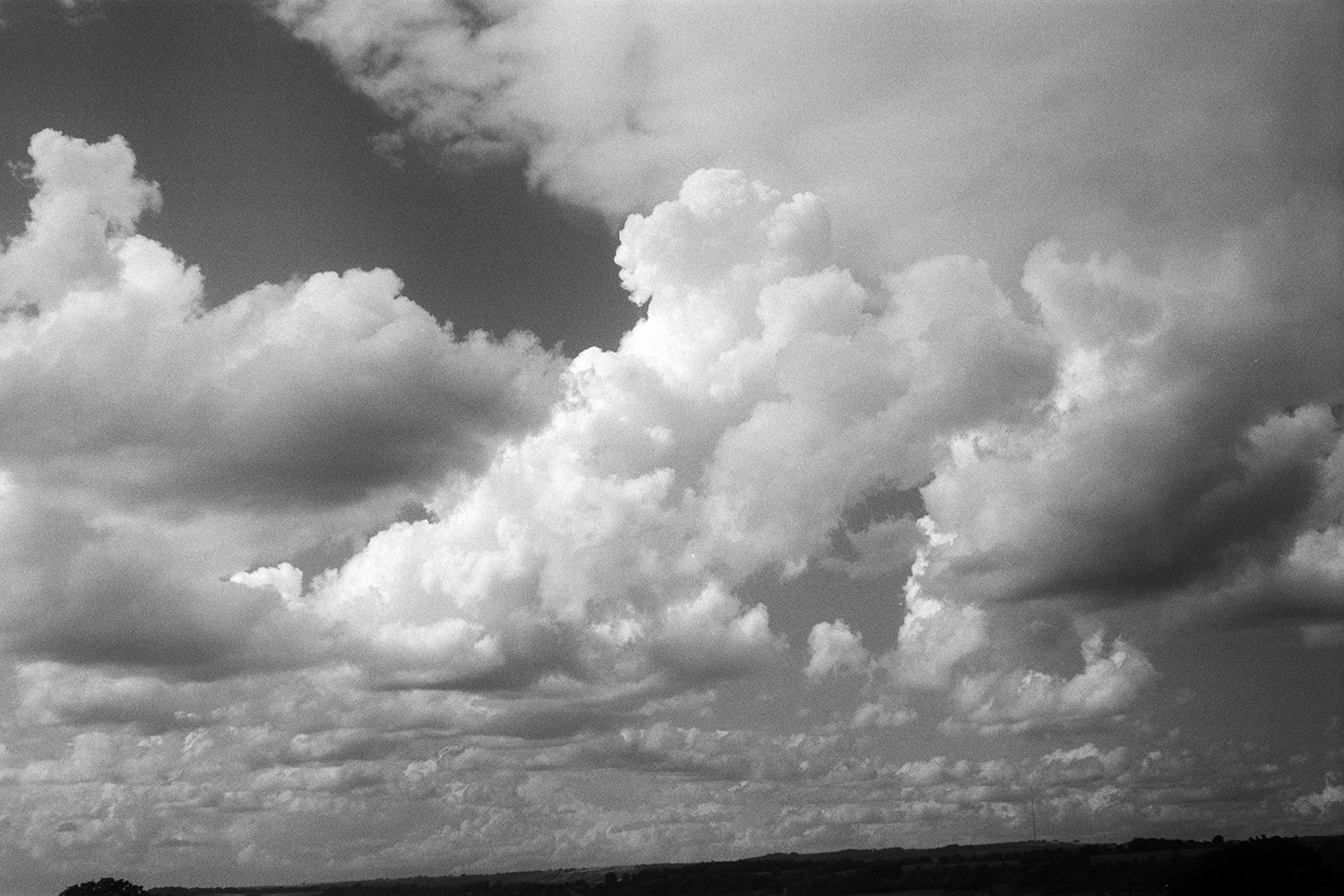 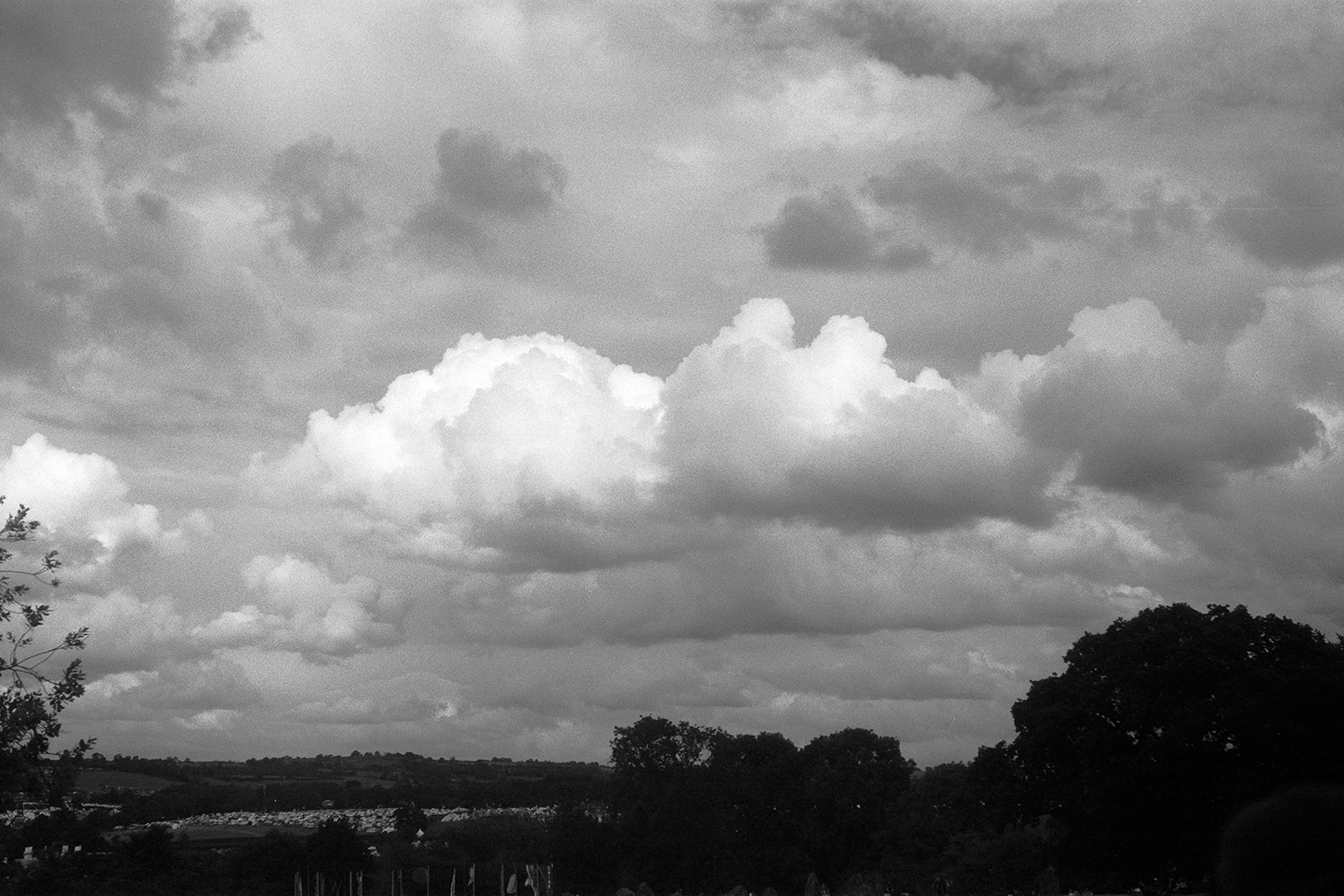 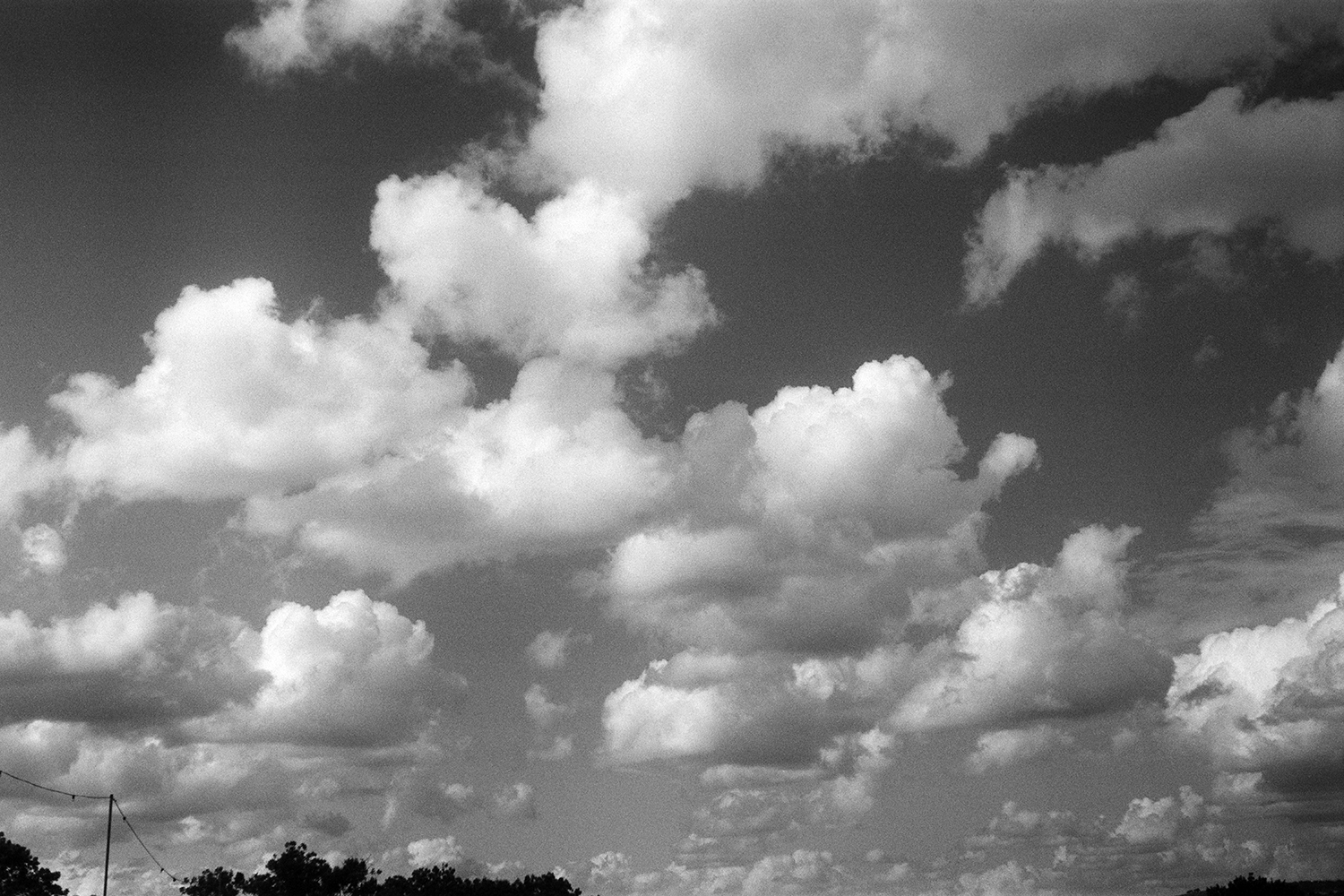 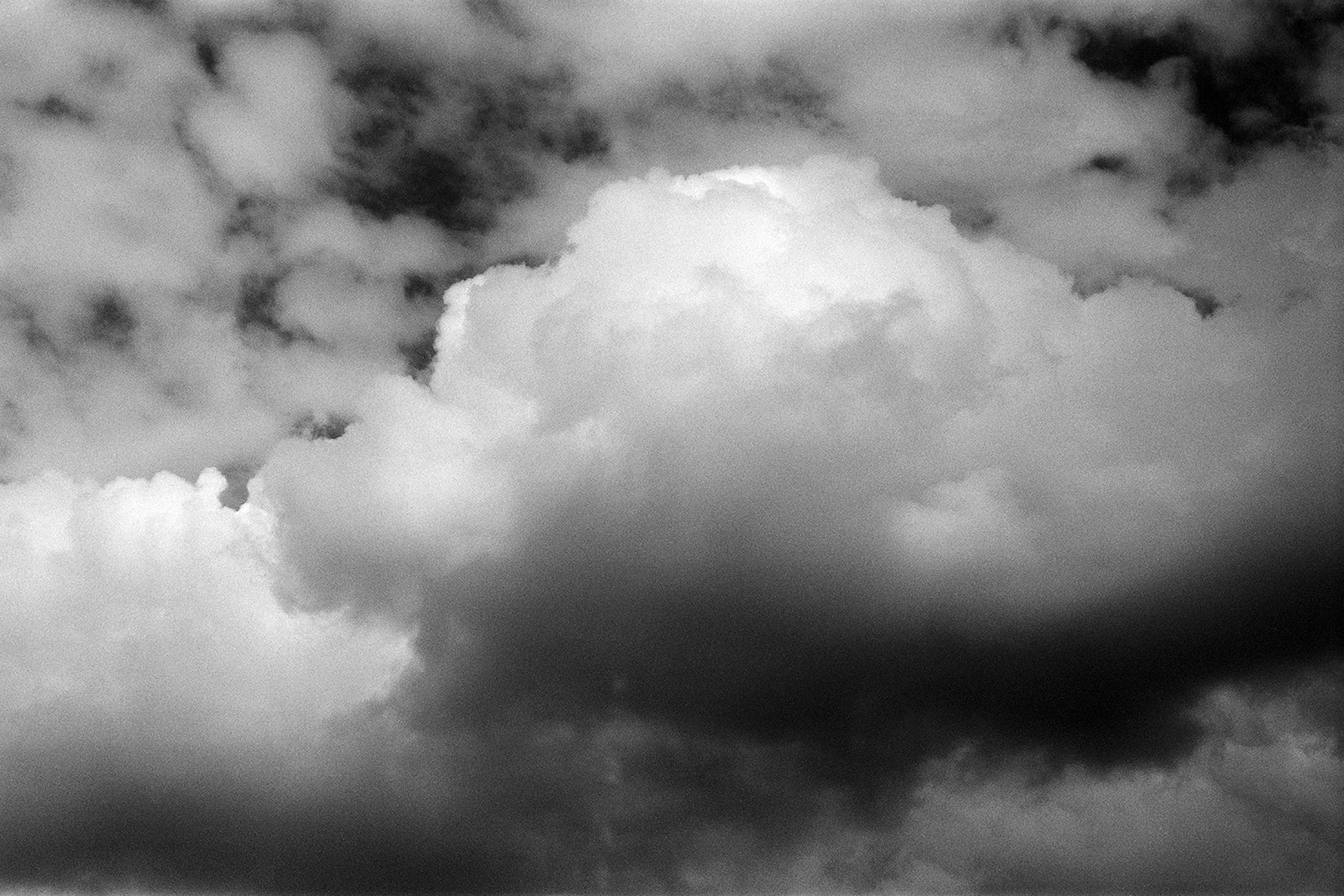