The Jebbett Family in Leicester 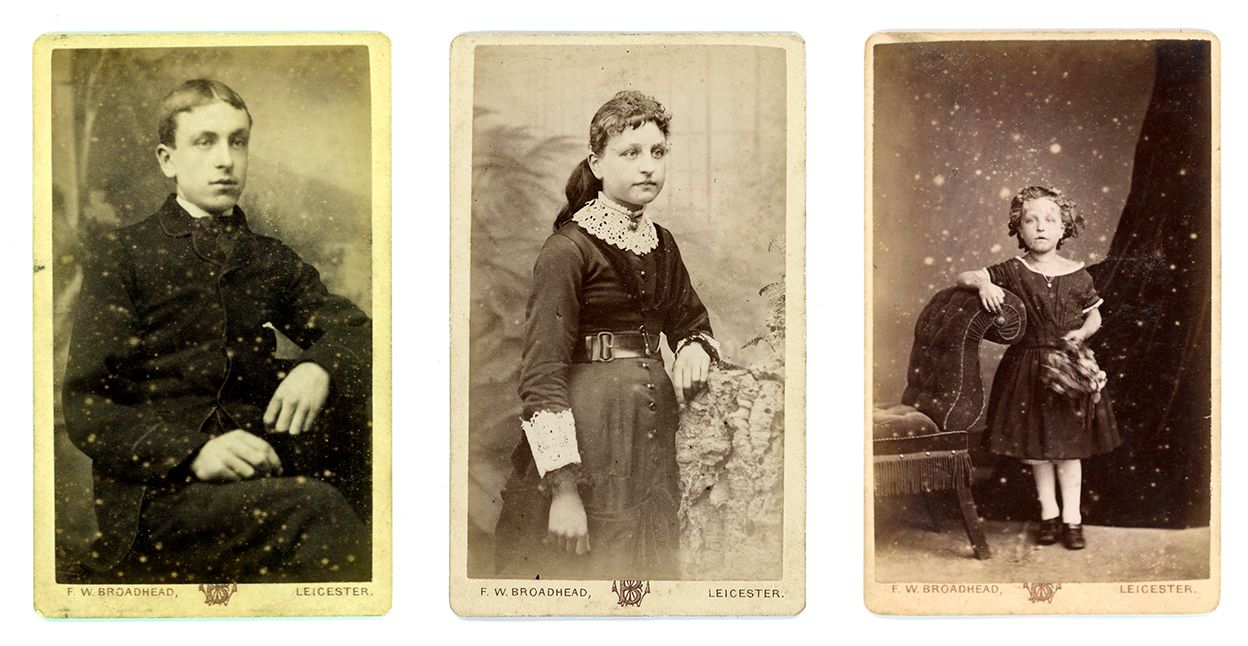 Mary Maria Jebbett (neg no. 21321) was born on the 16th April 1866 at 7 Middle Street, The Newarke, Leicester. The informant was her father John Jebbett, who was recorded as a bricklayer.

Mary’s father, John Jebbett is 47 years old in the 1871 census, which means he would have been around 43 years old when she was born in 1866. John was a builder by occupation and he lived at 1 Pike Yard, The Newarke, West St Mary in Leicester. He lived with his wife Sarah Jebbett (nee Law), two sons Edward (10) and Abraham (6) along with Mary who was four years old at the time.

All of the occupants were born in Leicester other than Sarah who was of Scottish origin.

In the 1881 census Mary Maria Jebbett (14) and her older brother Edward Smith Jebbett (19) are pupil teachers living at 2 Lexham Street, Belgrave, Barrow upon Soar, Leicester with their mother Sarah (53) laundress and widowed aunt Mary O’Shea (46) who is an unemployed fancy hosier. Mary’s son James William O’Shea (8) was born in the United States.

Their brother Abraham does not appear in any 1881 census but he is included on a passenger list bound for South Africa in 1898. He is listed as a bricklayer, similar to his father’s line of work. In 1907 Abraham (42) boarded the ship Astoria in Glasgow which was bound for New York. At this time he was still a bricklayer.

Edward Smith Jebbett (30) is assistant schoolmaster and married (1889) to Agnes Jane (21) whose maiden name is Baldock. Interestingly there is a woman named Josephine Jane Jebbett (28) who is listed as a sister born in Leicester (like Edward) and working as a parlour maid with domestic duties.