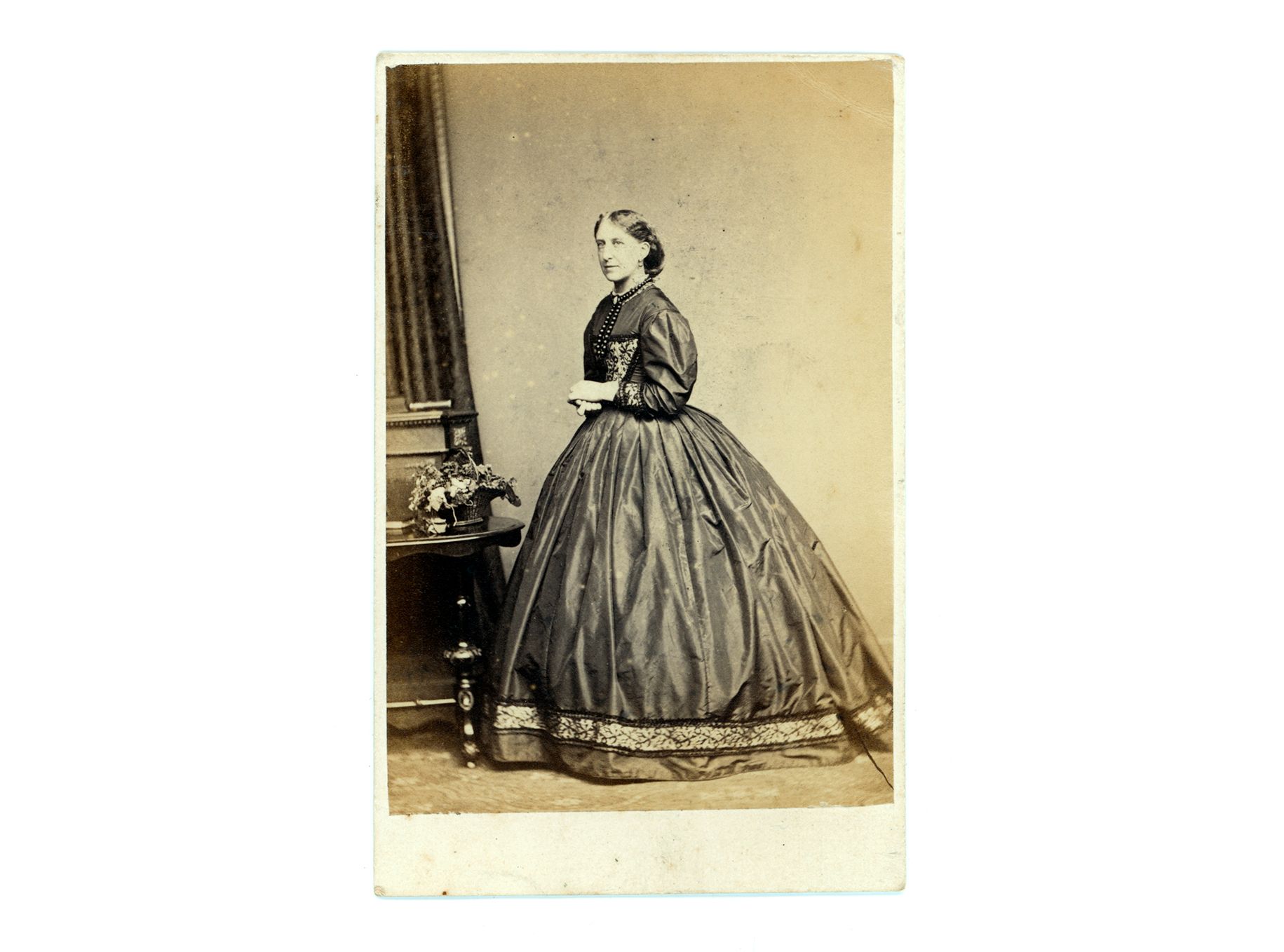 A large proportion of existing research about nineteenth-century photographers has given a great deal of attention to famous artists (Juliet Margaret Cameron, Oscar Gustav Rejlander, Henry Peach Robinson); inventors (William Henry Fox Talbot, Louis Daguerre, Eadweard Muybridge); and early practitioners (Hill & Adamson, Richard Beard, Antoine Claudet); and large commercial firms (Elliott & Fry, A. & G. Taylor, Francis Frith). These examples relate either to the origins of photography or to its early use through the ‘cartomania’ craze, which was followed by a decline in popularity of the commercial carte de visite photograph by the mid 1860s. A distinct period followed until the end of the century where coloured enlargements were a newly popular luxury item, although carte de visite continued to be sold until the later (larger) cabinet card format eventually replaced it during the 1890s. There are a number of general histories about this latter period, typically as part of wider surveys that sought to outline the development of photography throughout the Victorian era. In-depth publications about individual practitioners active during the latter Victorian period (c.1870-1900) exist but tend to have been executed by public bodies in a bid to protect their holdings. Geographically, the Midlands as a whole has received less attention compared to London or Scotland. Based in the East Midlands, Pauline Heathcote was a photographic historian who researched Victorian photographers and studios throughout the British Isles, but being based in Nottingham she was a member of Bromley House Library who now house her archive. Her primary research interest was Alfred Barber, who set up the first Midlands photography studio in 1841 at Bromley House after purchasing a Daguerreotype license. There are only two (thin) A5 booklets that offer a survey of information for photographers who were active in nineteenth-century Leicester, both of which are compilations of primary source material. Put together by Pauline Heathcote and Jonathan Wilshere, these were completed in 1885 and 1888 respectively. Historic England published a book in 2007 about Sydney Walter Alfred Newton, an artist and photographer based in Leicester who recorded the London extension of the Great Central Railway by travelling the entire route with his camera.

To date nothing substantial has been published about F. W. Broadhead, an artist and photographer based in Leicester who was active all over Leicestershire until the end of the 19th century. Being a prime example of an historical photographer with a huge amount of research potential, my independent research activities have uncovered over 30,000 words of primary source material mostly sourced from newspaper records. A significant amount of detail was also uncovered through the use of historical business directories, magazines, public collections, private collections, and correspondence with relatives. Despite being active from 1869 until 1925, the main period of interest spans from 1869 until his eventual bankruptcy in 1896 representing 26 years in business in Leicester. Exploring the role of marketing in his business made it possible for this study to move beyond a straightforward transcript of primary source material solely situated in a photo-historical context. Instead, this study is contextualised by a variety of secondary sources in the broader discipline of history to understand a range of internal and external dynamics that would have influenced his trade over the specified time period. Previous writings by Walter Benjamin, John Hannavy, Audrey Linkman, Michael Pritchard, and Michael Peres provide an overview of developments in the photographic industry including specific technological innovations in photography. Antony Griffiths, William Mills Ivins, and Stefan Landis provide a wealth of information about how photography as a medium came to be in relation to other methods of reproduction. A number of interconnected topics are written about in relation to marketing devices used as part of regular activity carried out by F. W. B. as part of his commercial photographic business. These are represented by individual headings regarding his advertisements, royal warrant, testimonials, technical innovation, copyright registrations, portrait clubs, sole appointments, membership to photographic societies, testimonials, local trade exhibitions, lithography/photography, publishing, and photographic journals.