The Life of Lucy Bratton, a Lady's Companion 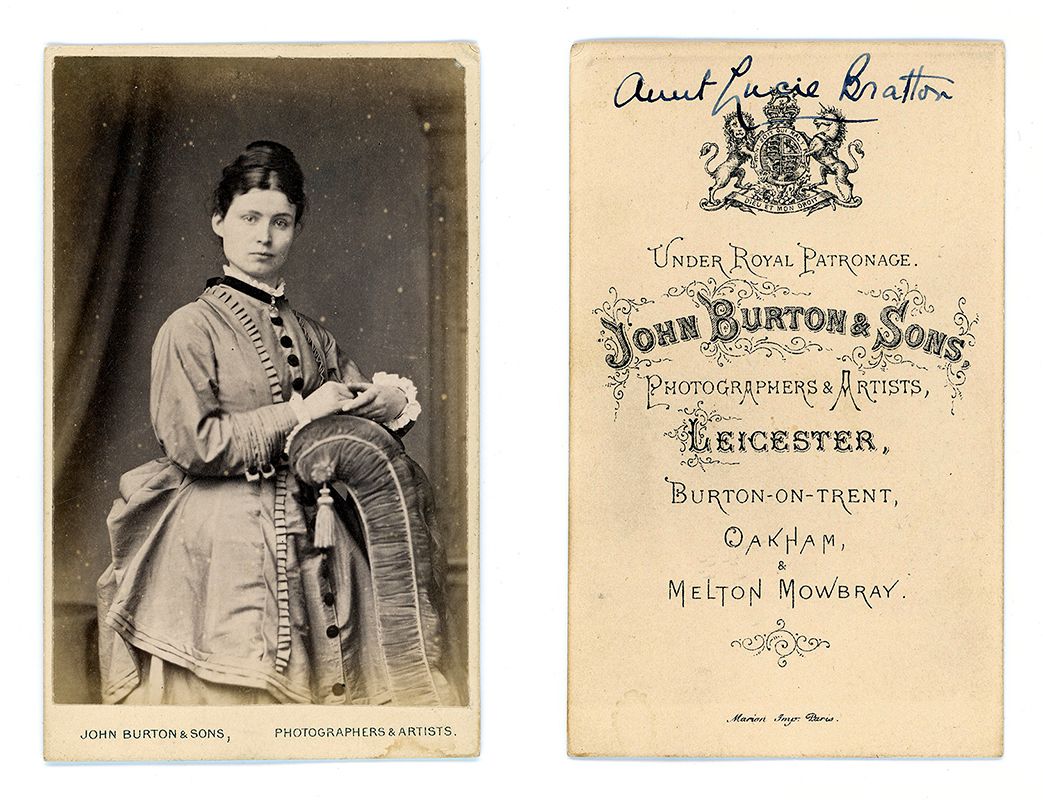 Lucy Bratton was born in the third quarter of 1850 to parents John and Priscilla. In 1851 she was the youngest of eight siblings who were recorded living at one of the last houses on Horsehay Road, Great Dawley. There is no longer a road by this name, but Great Dawley prior to the 20th century used to be situated in the centre of what is now the modern town of Dawley. This gives the impression that Horsehay Road may have existed somewhere between Great Dawley and a nearby village named Horsehay. At that time the entire family was supported by John’s income as an accountant for a local ironworks. This may have been a major site based in Horsehay, which was established in 1755 by a Quaker ironmaster named Abraham Darby II. In 1759 a railway that may have been the first ever built for commercial purposes linked to the Severn Wharfs at Ironbridge. By 1790 further developments including a forge and one of the first rolling mills led to a range of products that were manufactured on a large scale using innovative means. An example of this are plates rolled for the world’s first iron steamship, the SS Great Britain. This particular ironworks did not close until 1986, the same year that Ironbridge Gorge was designated as a World Heritage Site. It was one of the first locations to receive legal protection from UNESCO within the United Kingdom.

Lucy’s mother Pricilla passed away in 1859, she was recorded as living in Little Dawley, Shropshire. On searching it appeared that the census record for 1861 is permanently missing, but as John was still alive that year it is likely that he lived in the same locality with at least some of his offspring.

The 1871 census shows that Lucy at 20 years old was living with her older sister Martha at Stapenhill School House in Stapenhill, Burton-on-Trent. This is a town in Staffordshire that borders closely with Derbyshire as well. The same year on the 30th August Martha married Joseph Sanders in the Anglican tradition as mentioned previously. In addition to her father John, Lucy Bratten was also present to witness the marriage. John was at the time living in a house on Farm Lane in Horsehay with his second wife Annie, son Frederick George and servant whose full name was Letitia Ward.

As one of John Burton and Son’s photographic studios was based in Burton-on-Trent, it is highly like that this carte de visite was produced during this period when Lucy was living in that town with her older sister. At a glance she looks young enough to be between the age of 20 and 30 years old, but it was clear that a more detailed analysis would reveal more.

Starting from the top, we can see that they are wearing their brunette hair as a simple chignon or ‘bun’ on the top of her head with a central parting of the fringe. Despite having feminine features she has a strong jaw with earlobes that are fully attached to her face. This may be why earrings were not their jewellery of choice, but aside from a small pendant on the ribbon around her neck they are not visibly wearing anything else of note. There is no ring visible on her finger which supports the knowledge that she was firmly into the spinster category.  This leads me to describe her overall appearance as very moderate but respectable, with a few ruffles around the extremities of the neck and sleeve complemented by two further trims travelling down the front from each shoulder. Colour-wise it appears that her dress was blue with red buttons down the front and on the sleeves.

Handwriting on the reverse that says “aunt Lucie Bratton” tells us that this photograph belonged to an album owned by one of her seven older siblings or a descendant from them.

Ten years later Lucy, now 30, is shown to have become a companion to Elizabeth Knight, a farmers daughter twelve years her senior. They were at this time residing at the family home called Smallrise Farm in Sandon near Stone in Staffordshire. They first moved to Stuart Cottage together before relocating to the Post Office by the turn of the century. By 1911 they had been living together for at least 30 years, but this came to an end when Lucy passed away on the 17th October 1916 at the age of 66 years old. Elizabeth only survived her companion by four years but lived to the advanced age of 80. She remarkably had never lived anywhere other than the small locality where they were born so many decades before.

Looking up the National Probate Calendar (Index of Wills and Administrations) for England and Wales between 1858-1995, it was possible to find an entry for Lucy. Described as a spinster, probate was granted in London on the 26th January 1917 to Joseph Henry and Henry John Sanders. The former being the husband of Lucy’s sister Martha, their professions of maltster and brewers clerk suggests that they were in business together at the time. The effects were a rather large sum of money for the time, a total amount of £1263 10s. 1d. translates to almost one hundred-seventeen thousand pounds in todays money. Nothing being left to Elizabeth suggests that their relationship was at least for the most part strictly professional, but as Lucy was always financially dependant on Elizabeth it is sensible that her life’s earnings would go to a few close relatives.

George Gissing in his 1998 book The Odd Women wrote: “For the unfortunate minority who did not marry and who had no male relative to support them, there was always recourse to the acceptably genteel and domestic positions of governess or lady's companion.”

Further to this, Don Gifford in his 1981 book Joyce Annotated: Notes for Dubliners and A Portrait of the Artist as a Young Man wrote: “Apart from marriage or a convent, there were precious few careers open to her, and some of those such as clerking in a shop or going into service implied a loss of social status.” They also highlighted that if she was “educated, she could seek employment as a governess or companion or teacher.” It is an interesting parallel that Lucy and her older sister Martha pursued careers as a lady’s companion and teacher respectively.

Jane Austen’s Pride and Prejudice highlights the roles of women living in the context of nineteenth-century Britain. We learn from reading this work, that a woman’s formal education was limited due to a lack of job opportunities as a result of societal restrictions. Due to this, women such as Lucy remained dependant on close relatives who could afford to support them. In Pride and Prejudice a character named Elizabeth was dependant on her father whilst he is living and she remained unmarried, but as she has no brothers they could easily end up in a distasteful and humiliating position where charity from elsewhere became their means of survival. It was possible in those times for a respectable woman to acquire the position of governess or lady’s companion, as they would then be able to support themselves and preserve their social standing. Working conditions were not guaranteed from being unpleasant and degrading, as companions might be treated poorly by their employers with menial tasks to attend to on a daily basis.