An excerpt from The Philosophy of Yourself by Charles Dickens 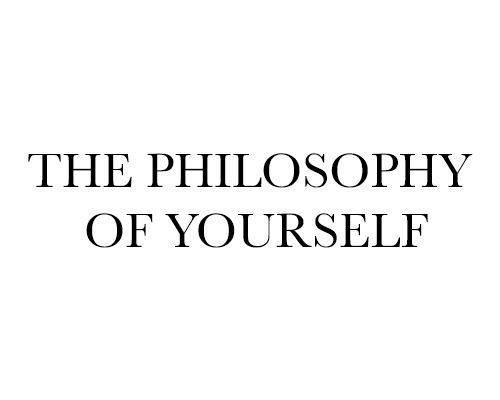 ALL THE YEAR ROUND, VOLUME IX

THE PHILOSOPHY OF YOURSELF.

While I am writing about looking-glasses comes across me the reminder that, so far as the philosophical study of one's self is concerned, modern science has very nearly succeeded in superseding the use of looking-glasses. A friend, five hundred miles away, sends me her photographic carte de visite. Well, what of that? She might have sent me a miniature. But a miniature costs much money, and is not easily sent by post; and moreover, without intending the slightest disrespect to miniature painters, I venture this statement:—that they are, in general, sad flatterers. Now, the camera obscura never flatters. It disparages. If you go into it ugly, you come out of it uglier. How stern old Oliver Cromwell would have delighted in a sitting to a photographer! Not a wrinkle, not a pimple, in that rough face would the impartial lens have spared. If photography had only existed three hundred years ago, what strange commentaries might we not now possess on the reputed beauties and gallants whose adulatory portraiture has comedown to us! Queen Bess's carte de visite might be that of a coarse ill-favoured old hag; half King Charles's beauties might appear as snub-nosed and square-jawed as the beauties of the ballet that you may purchase now-a-days in theBurlington Arcade, or the Passage Choiseul La Belle Stuart might seem sun-freckled, and Mrs. Brace Girdle wall-eyed; Marlborough around pot-bodied common kind of man; andLord Chesterfield a vulgar looking "gent."

I think that a man anxious to obey the precept"Know thyself," might gather much intimate self-acquaintance if he had his carte de visite taken at least once a month— with a life-sized photograph once a year. He should keep the collection, not for public exhibition, but for private contemplation. He should muse over his multiplied effigies, and write marginal notes in the album where they are enshrined. Let there be no touching up, no smoothing away of furrows, no darkening of hair and whiskers. Let him insist, on having the real, raw, untampered with, photographs. And, when he winds his way to the operator's studio, let him go in his ordinary costume — unkempt, if it be his custom not to brush his hair—shabby, if he be usually averse from sacrificing to the graces. When he sits or stands, let him assume his natural attitude — or no attitude; which is the most natural one of all. Let him sternly repudiate the traditional book, or pencil, or scroll, and kick away the carefully draped table, the eternal arm-chair, the scene-painted columns, curtain, and balustrade — all the hackneyed "properties" of the photographer. The picture of a man with a wall behind him, is all he needs.

I have a neat little collection of cartes de visite of this kind. I even go further. WhenI take a long suburban walk, or a run to a provincial town, I stop at the nearest "studio," or the nearest van, and have sixpenny worth of portraiture done on glass, with the veneer of black varnish behind. If you adopt this custom, you will ere long be in a position to indulge in the most edifying meditations, and may give your looking-glasses a very long holiday. If time hang heavy on your hands, out with the album, or overhaul the pile of sixpenny half-length tinsel frames which you may keep locked in your bedroom drawer. There you are in many moods, and under kaleidoscopic phases and conditions. Ah! there is the new frock-coat in which you went to that little fish dinner at theTrafalgar. You remember:—the day you were detained so long in the City, writing important letters. There is the shooting-jacket in which you took your pedestrian tour in Scotland. There, too, are your knapsack and your Tyrolese wide-awake, and those famous walking-boots that gave you the soft corns. In that white waistcoat, my friend, you were married. It was but five years since; yet you have grown too stout to wear that waistcoat now. What has become of that cameo pin? Ah! you gave it to Jack Flukes who went to Australia and made so much money at the bar there, and never wrote to you. Why, here you are, with Jack Flukes himself leaning over your shoulder! How fond of you the old fellow seems! What a dear old fellow it was! But he never wrote from Melbourne, not even in answer to that missive in which you informed him that you had been sued on that little bill, the proceeds of which paid his passage to the antipodes.

I knew a man — not very long ago either, for the carte de visite fashion is but a recent one—who had evil craft enough to make photography serve the purposes of his hatred and revenge. He had loved a woman who was beautiful, and accomplished, and haughty, and who, after showing him some slight favour, scorned him. In the days of her condescension—brief and fleeting as those days were—she gave him a large photographic portrait of herself, blazing with pride, and youth, and beauty. They quarelled, and parted, and many hundred miles—thousands at last—yawned between them. Two years passed away, and the man found a woman to love, and not to scorn him, and married, and was happy, and nearly forgot his old love.In a print-shop window one day he saw her carte de visite. He went in and bought it.The shopkeeper had half a dozen in different dresses and attitudes; for she had turned her accomplishments to account, and had become a kind of celebrity. He bought them all. This was at the height of the London season. At its close she went abroad. At the beginning of the next season she came again, and was not quite so celebrated, but there were more and various cartes de visites of her published. At last he had to ask for the cartes by name, for he grew doubtful in recognising her face. Not four years had passed by, but she had altered strangely. Her beauty was of the evanescent kind. Then the man would arrange his photographs like a suit of playing-cards bythe side of the first and beauteous photograph, and, remembering the words that Clarendons pake to Castlemaine, would hug himself with a cruel joy. The woman was growing old. "Aha! my lady," he would chuckle, "how sharp this nose is, how sunken are those cheeks, how deep are the lines under those eyes!" He got a powerful magnifying-glass, and declared that her rich wavy hair was thinning. He only regretted that chromatic photography had not yet been discovered. "If one could only see the real colours of life, in place of these monotonous tints of sepia and ochre," he muttered— "if one could only see that her lips were pale, and her cheek sallow, and that there was silver in her hair!" But he consoled himself in. remarking how thin her hands had grown, and what deep"salt-cellars" were by her collar-bones. If this man had been a poet, he might have added a stanza to the "Lady Clara Vere de Vere" of Alfred Tennyson.

From whichever point we regard it, this carte de visite movement is full of strange features and stranger helps to insight of mankind. It is a most revolutionary movement. It has done much — a thousand times more than ever democrat or demagogue could do—to demolish theRight Divine to govern wrong. From the cartes de visite, we learn the astounding fact that kings and queens are in dress and features precisely like other people. Marvellous, preternatural, as this may seem, it is true. Wings do not grow upon the shoulders of monarchs.They are compelled to tread like common mortals; and many of them look like very coarse and vulgar mortals, too. They have the same number of arms and legs as us plebeians; nay, more than that, some stoop unwieldily at the shoulders, and others are unmistakably bow-legged. Yes; bow-legged. In the grand old days of Spanish etiquette, "the Queen of Spain had no legs;" but this destructive carte de visite mania has made short work of the fictions of etiquette. The ex-Queen of Naples appears in knickerbockers. The ex-King stands sulkily with his hands in the pockets of a pair of very ill-made peg-tops. The Emperor of Austria, in his scanty white tunic, looks very much like a journeyman baker listening to the second report of Mr. Tremenhere; the bluff King of Holland has a strong family likeness to Washington Irving's Peter Stuyvesant; the King of Italy is like Tony Lumpkin with a pair of enormous moustaches; Queen Christina closely resembles the widow in Tristram Shandy; and the King of Prussia looks like a drill-sergeant—a similitude, perchance, not very far from the actual truth. As for that incomparable carte of the EmperorNapoleon the Third, in a plain frock and a shiny hat, with his pretty graceful wife on his arm, his moustaches carefully twisted, and a waggish smile on his face—what does he look like? The dark and inscrutable politician? the arch-plotter? the gloomy man of December? Not a bit of it. He looks like a confident gentleman who knows a thing or two, who is going down into the City to do a little stroke of business, and will afterwards buy his wife a new bonnet on Ludgate-hill, or a new dress in St.Paul's Churchyard.

It is all over with the right divine. D. G. might as well be effaced from the European currency. Sovereigns may reign in the hearts of their people—and there are some who do so reign, and long may they reign, say I!—but they can no longer hope to perpetuate their sway by throwing the dust of flattering portraits in the eyes of the multitude. Poor old George theFourth! What would he have thought of a carte de visite? How would he have felt at finding himself bracketed as a twin-brother of Mr.Tilbury? You can't disguise your wig in a carte de visite. The false parting WILL come out. Padding is easily detected. The rods of crinoline are defined. The king may sit in his counting-house counting out his money, the queen may be in the kitchen eating bread and honey, but the operator pops in at the window and focuses the twain, and there is no mistake at all about their being very plain.